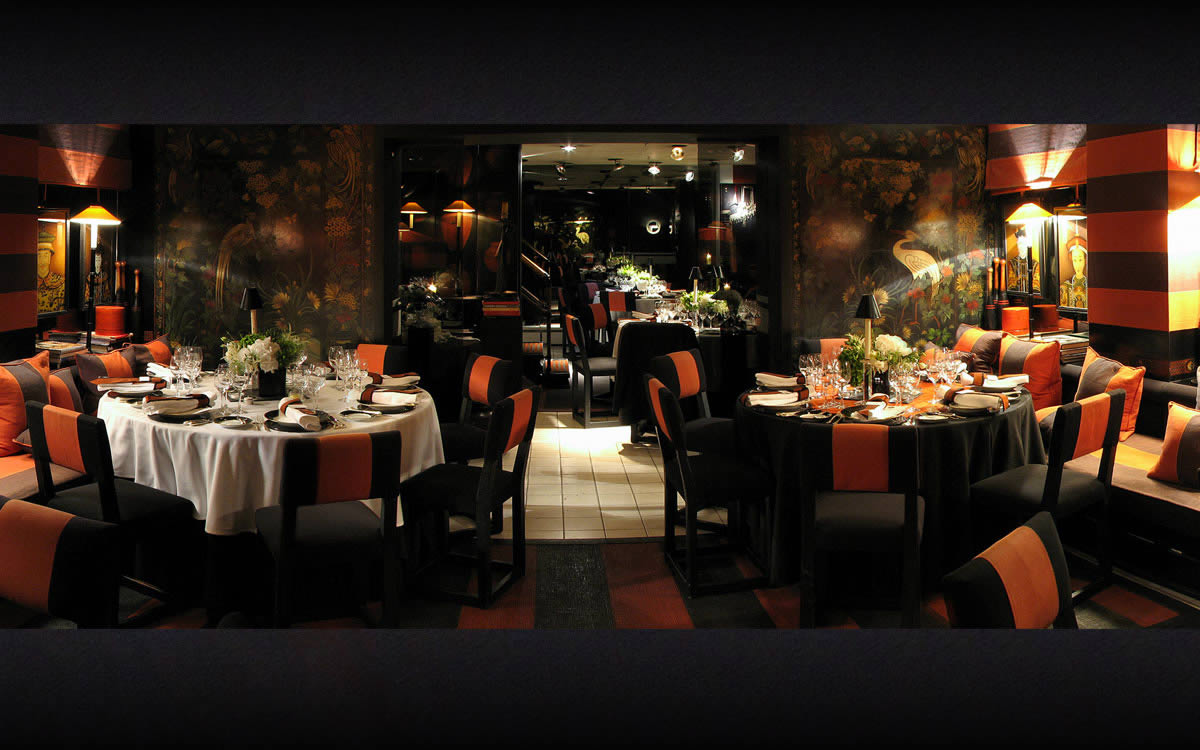 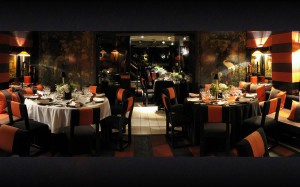 When you have a chef who’s been with the same restaurant for over 20 years cooking for you, you know that their relationship with the establishment has been a good one. And that good relationship certainly translates across to the food – the sort that you might find in the restaurant at Blakes Hotel. But don’t imagine for a second that the food has stagnated in those 20 odd years, they haven’t. The menu reflected Executive Chef Neville Campbell’s recent tour of China as well as no doubt countless other expeditions to the Far East.

Indeed the oriental influences can be seen throughout the menu as well as the rest of the hotel, which is perhaps why it works so well. As you enter the hotel, you’re immediately greeted by the floral spice of some perfume which subtly permeates the air. It’s so delicate and yet robust at the same time, transporting you to somewhere exotic. Soon, you find yourself quite intoxicated as you make your way downstairs to the restaurant where you will be greeted by their efficient but not over-zealous staff.

The dim lighting and staggered alcoves mean that you always have a sense of privacy, which is definitely a good thing, especially if you’re planning to tackle the dessert that I did, alone. But much more on that later.

First, let’s start with… well, the starter. True to character, my friend Charlotte ordered in the Champagne for the wait which really was no time at all. Hunger had me all over the pate de Foie Gras, which, I know, I know, is not the most ethical thing in hot debate but it just tastes so damn good. Charlotte finds herself tucking into the potently aromatic salt and peppered softshell crabs, lured by memories of her own travels to the Orient.

Charlotte then travelled further down the pepper theme with a peppercorn steak for her main, served perfectly pink. I switched from French to Chinese with an aromatic duck which was rare enough to bring out the gamey flavours but done enough to suit the spice. The red meats called for a bottle of Brunello di Montalcino Tenute Silvio Nardi 2004 whose robust fruit coped well with the spice of the red meats. Its medium body also did well with the truffled mash, which was simply divine. Even Charlotte abandoned her healthy spinach to indulge in my choice of side.

Having been sumptuously fed up to this point, Charlotte and I decide to take a much needed break to enjoy the rest of our wine before attempting to make room for dessert. To be perfectly honest, in my case, that exercise was completely pointless.

When I ordered the caramel soufflé, I was told that it was a very big dessert. “How big could it be?” I thought, “I’m the sort of girl who eats two desserts after all”. Knowing this already, Charlotte informed our waitress that wouldn’t be a problem at all. Of course when it arrived, my jaw dropped as close to the floor as is hygienically possible. Charlotte’s chocolate fondant with vanilla and pistachio was in a word, dwarfed. Around four times the size of your average dessert, this soufflé was gaining on the height of the wine glasses. Two tuile straws inserted into its centre allowed copious amounts of warm caramel to be poured inside as well as already drizzled on the outside. I was almost embarrassed to be tackling something so American in portion size but I was determined not to be conquered.

Glasses of Château d’Yquem Premier Cru Classé ’95 accompanied both our desserts but was certainly not sweet enough for my caramel soufflé. I pandered after the Royal Tokaji, Aszu Essencia ’93 while staggering through my dessert. Half way through though, I decided to give up. As fabulously pleasing to the palate as it was, it didn’t seem right some how to be indulging in this entire beast of a dessert myself. Later, I discover that a group of four had tried to tackle the same dessert earlier and hadn’t made as much of a dent as me. That fact made me strangely proud – guess my tooth is truly sweet.

The only way to finish a meal so indulgent was to enjoy a cocktail or two at the bar, which, like true sybarites, we did.