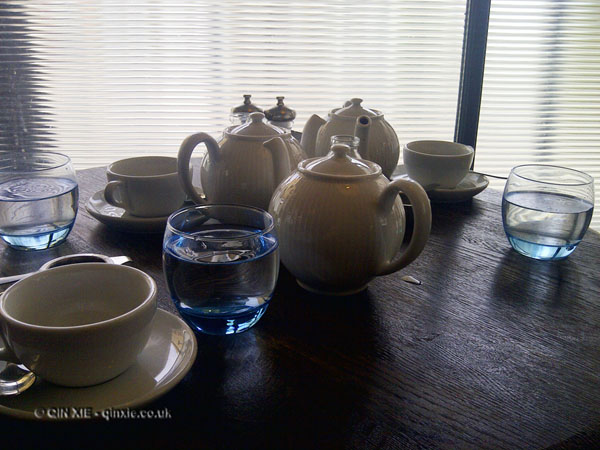 Expectations, do they always leave you wanting?

I’ve waited for so long to visit the Riding House Café that it’s feeling that way.

Since it opened last year, I’ve met the chef’s mother, been written about in a review of it and almost visited several times. But between this, that and the other, also known as life, I just never  got round to it. It had a reputation for taxidermy, espresso martinis and breakfast. So recently when a friend suggested meeting for breakfast, I offered the Riding House Café.

The luxury of having time for breakfast, not just cereal and coffee before dashing out but real breakfast, is having choice. If I had all the time in the world my perfect breakfast would probably involve French toast drenched in maple syrup or those thick, cake-like American style pancakes with blueberries and vanilla cream with lashings of maple syrup just for good measure. The portion doesn’t have to be big, just pretty perfect so when you finish there’s a sense of quiet satisfaction.

Thinking over the menu now, I’m not sure why I didn’t opt for the buttermilk pancakes at Riding House Café. Perhaps I spotted the chorizo hash browns and saw in it something close to perfection like those found at the Giant Robot. But that’s what I went for while my friends both went for the classic eggs Benedict.

Pots of tea, Earl Grey for me of course, facilitated conversation while our water was regularly topped up without request; a fine and much appreciated touch. Servings of breakfast arrived with perfectly poached eggs – the sort that explodes with golden ooze at the slightest nudge of a knife. Trust me, that’s the first thing I do when I get poached eggs and I tested both of mine in quick succession.

But I do have a complaint to make and that’s the chorizo hash brown. Just a touch over done in places and slightly greasy and, well, firm in others, it left a bitter taste in more ways than one. I wondered if it had been made in a pan which wasn’t quite hot enough and then had the heat turned up on it – ill treatment of any food. The Hollandaise, meanwhile, was “good enough, not such that it was noticeably disappointing”.

I suppose the evaluation comes down to the price and, while the service is very good and the food overall is the same, I’m not sure they can be justified in charging the prices that they are except by virtue of being where they are. That said, breakfast is on until noon and it’s not bad for tea. Perhaps if I manage to go back a second time, pancakes are the thing to go for.