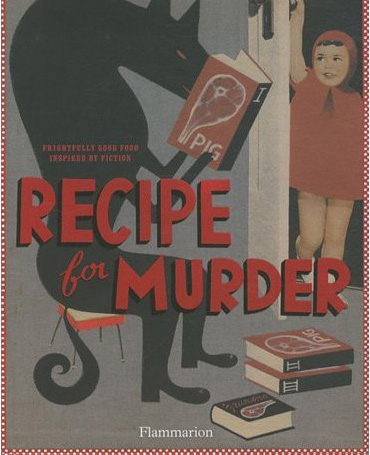 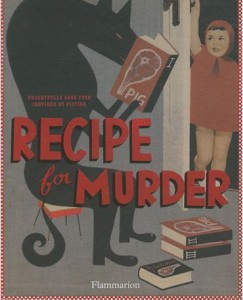 Recipe for Murder is a rare and inspired creation by culinary journalist Estérelle Payany, which combines food with literature. The small but all-encompassing collection of recipes take inspiration from some of the literary world’s best known villains. A quick flick through is like an edible journey through the greatest (fictional) crimes in the world – you will find everyone from the big bad wolf of childhood fairy tales to the infamous cannibal Hannibal Lecter of latter day horror. If you think that sounds like a strange combination, you’re right, it is.

But it also works terribly well.

Take Snow White‘s stepmother for example, that classic baddie has meant that stepmothers have been forever associated with the word wicked. The reputation of stepmothers in tales, fairy or otherwise, hasn’t been the same since. This of course means that she has gained a spot in this book with an introduction to the nature of her evils and a quote submitted for evidence. And then we have the recipe itself, bewitching caramel apples. How appropriate for the context.

The rest of the book is filled with such tales of terror and equally appropriate recipes – the big bad wolf with pigs in a blanket, Hannibal Lecter with Hannibal’s Express Sweetbreads etc. And rather than photographs of the food, each entry is illustrated by Jean-François Martin with scenes from the stories.

For a cookbook, it makes a terribly good read – the villains are so varied that it’s unlikely you’ll know all of them. The recipes aren’t very challenging either which I suppose makes it good for entertaining children – especially if they might actually learn something of those literary classics. And ss a borderline culinary gift, it makes perfect sense – it’s fun and useful.

If you wanted a serious cookbook though, this is probably not for you. The recipes aren’t the easiest to locate and although well laid out, the methods aren’t very detailed. And after all, you can only have so many murder mystery parties with 31 recipes.