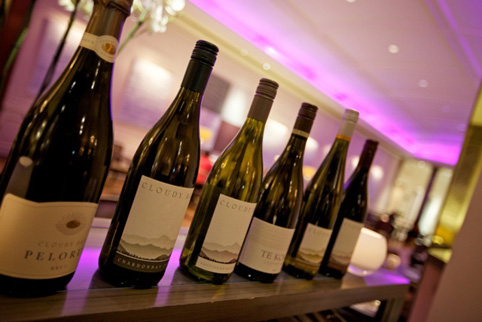 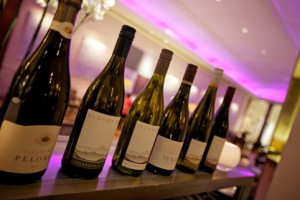 head of the London Restaurant Festival this week I was invited to The Montagu at Hyatt Regency, London, to sample a rather special meal. The meal was special in that the entire menu had been created to complement a small portfolio of six New Zealand wines rather than the usual method of matching wine to food. It was also special because these new world wines are almost exclusive to The Montagu restaurant since so few cases have been imported into the UK.

The wines in question were from Cloudy Bay, one of the oldest wine producers from the Marlborough region of New Zealand, where their vineyards have been established since 1985. The most notable wine from Cloudy Bay is perhaps their Sauvignon Blanc, known for its “vibrant aromatics, layers of pure fruit flavours, and fine structure” and often considered the benchmark for the variety. But Cloudy Bay also produces a number of other varieties including Chardonnay, Pinot Noir and late harvest Riesling as well as limited release whites like Pinot gris.

Upon arrival at the restaurant we were given a glass of Cloudy Bay Pelorus NV, a sparkling white wine, to kick off the evening. There was a choice of two Amuse Bouche to match, one was a seared swordfish with Parmesan crisp and the other was tuna with salsa verde. These were enjoyed in the bar area so that all the guests in attendance had the opportunity to meet each other, the chef and the restaurant manager. 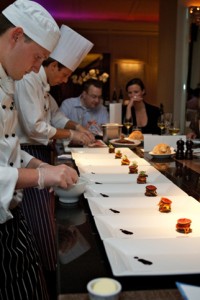 The man who created the menu we were sampling was Carlos Teixeira, a relatively young Portuguese chef currently holding fort as the Head Chef at The Montagu. Together with The Montagu’s sommelier and his team, Teixeira pulled together a further five courses to complement the other five beautiful wines we were about to sample.

After the Amuse Bouche, we were seated at the Chef’s Table – front row audience to the action inside the open kitchen of a five star hotel. As each of the dishes were plated in front of us, restaurant manager Adam Skrzypczak explained the tasting notes behind the wines and Teixeira explained how the dishes complemented the wines.

To begin the meal, we had Cloudy Bay Chardonnay 2007 matched with smoked duck breast with fig and roasted pepper salad. Course two was the infamous Sauvignon Blanc, the flagship wine of Cloudy Bay. We had a young vintage from 2009. Matched to this was a very fresh and fragrant fricassee of scallops, prawns and clams with lime and lemongrass. With the regular topping up of my glass, I was beginning to wonder how I was going to try and pace myself as well as remember everything that was said.

The third course was the Cloudy Bay Te Koko 2007, a wine named after the legend of the explorer Kupe. Whole roasted Foie Gras with Cox’s orange pippin and black truffle was selected to complement this wine. It was a match which was extremely difficult to do but done very well on this occasion. The flavours are so perfectly complementary that you could recall the tastes and smells for weeks afterwards.

The fourth course was the Cloudy Bay Pinot Noir 2008, the only red wine on the menu and in Cloudy Bay’s portfolio. Matched to this was braised breast of veal with curcuma polenta, blackcurrants and glazed root vegetables. The final course was the Cloudy Bay Gewurztraminer 2007. A very aromatic, light and fruity caramelised lychee parfait with cardamom foam and pistachios was chosen to match.

Five courses may sound like a lot but the dishes were light enough to allow the full sensory experience without filling up. By the end of the meal, it was obvious that everyone had decided on their favourite course and favourite wine which they happily reminisced as they staggered off into the night.