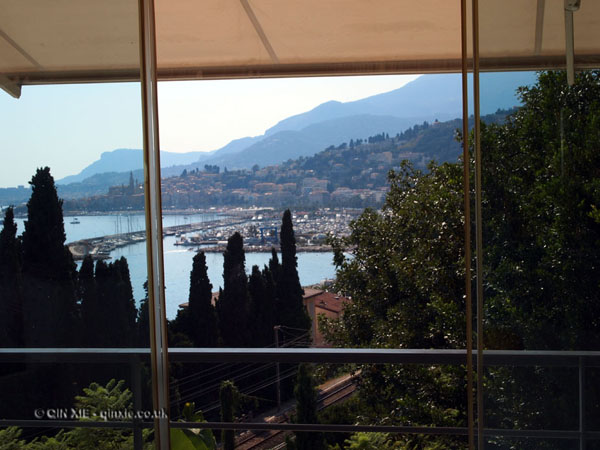 As you fly into Nice, the glamour of the Côte d’Azur is immediately obvious. Yachts and speedboats race across the shimmering azure coastline like shooting stars flashing against the midnight sky; it’s still the playground of the oligarchs.

But the Riviera is also studded with jewels of a different kind – the Michelin-starred restaurants.

Who are the big names?

Worthy of a special journey, according to the Michelin guide, is Alain Ducasse’s three-starred Le Louis XV in the opulent Hotel de Paris, Monte Carlo. Le Louis XV is celebrating its 25th year with Ducasse at the helm this year. Ducasse gained the restaurant its three stars within some three months of taking over.

The chefs’ top pick would surely be Mirazur in Menton which secured the 24th place in the World’s 50 Best as well as gaining its second star this year. Chef/Patron Mauro Colagreco has an impeccable pedigree having trained under Bernard Loiseau (3), Alain Passard (3) and Alain Ducasse (3*).

There are also plenty of other restaurants like Joel Robuchon in Monte Carlo (2), La Palme d’Or in Cannes (2), Château de la Chèvre d’Or in Eze (2), Le Cap in Saint-Jean-Cap-Ferrat (1), which are either brandishing a named chef or boasting decades of five-star luxury as hotel restaurants.

What do you eat?

Majority of the Michelin-starred restaurants in the South of France are French, as you would expect, but also pushing to be creative whilst always staying local.

Le Louis XV’s Pan Bagne, originally a French sandwich filled with vegetables, are instead card-thin shards of flatbread inlaid with vegetables. The Niçoise salad is a towering artwork atop a disc of bread, no croûton in sight. The abundance of local red mullet and lavender lamb from Sisteron have also been put to good use.

Mirazur, on the other hand, uses hyper-local ingredients for its ever-changing menu. Notably, it incorporates saffron from the hills of Sospel and produce from its own organic gardens, which include over 40 varieties of tomatoes.

Even much lesser known restaurants, like Le Candille in the charming town of Mougins, finds local in its blood, with bouillabaisse and Sichuan pepper sharing the same menu.

What would you expect to pay?

Some, particularly hotel-based ones, are jaw-droppingly expensive with starters going for upwards of 50 euros, while others will happily offer entire meals for the same price.

Luckily, there are often lunch menus and set menus that are substantially cheaper offering a good feed at roughly half the price. The cheapest, according to the Michelin guide, is Le Bistrot Gourmand in Nice, which offers lunch at a mere 15 euros (£12).

Are they worth the fuss?

There’s no debate that good food can be found in the Côte d’Azur via the Michelin guide; it is a tried and tested method. As the stars go up, so does the quality of service, ambiance and of course food. Inevitably, so does the price.

But it’s important to remember what the stars mean. That is, your palate might be satisfied with one star but it might not be in the grandest of surroundings. And it’s worth noting that everything is measured against the benchmark of a rather formal fine dining experience. Then again, it is merely a guide and you are the discerning navigator.

Pomp and ceremony aside, for a relentless gastronome, the only barrier is the cost.

Since the majority of the Michelin-starred restaurant do offer menus of varying prices, it’s easy to pick one that suits you. Yes, much less freedom is offered by lunch and set menus but if you’re receiving the same quality of food and service for a snip of the price then all the better for it.