Home>Masterclass>Sessions with my butcher: chicken and leg of lamb 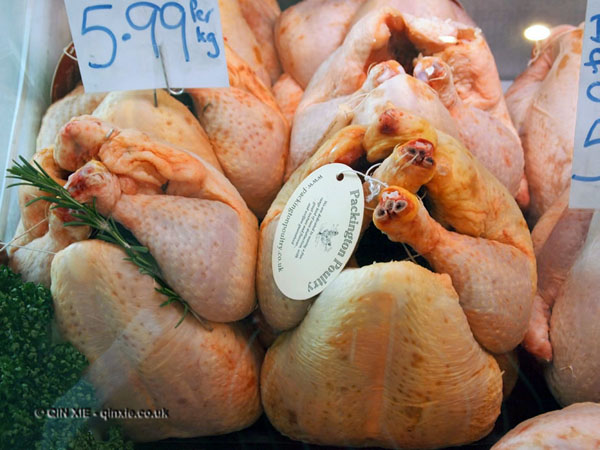 It’s National Butchers’ Week and nothing says it better than heading down to my local butchers, Cleavers, and getting some butchery lessons.

We started with the chicken – the very basics. Regular readers will know that I’ve attempted to joint a chicken before, but it seems that the way you joint a chicken in the butchers is very different from when you do it at home or even on a butchery course.

You start with taking the feet and ankles off, if your chicken still has them. The next thing to do is to break the chicken into the legs and the crown. To do this, cut along the line between the thigh and the body of the chicken without cutting off the legs. It’s easier to do this when the legs are held away from the body. Once both legs have been cut away from the body, simply break the bottom half away to give the leg section (which has the leg and a section of the backbone) and the crown (which is the breast and wings).

To separate out the legs, cut off the legs at the thigh joint on both sides leaving just the backbone. At Cleavers, the legs are generally presented as thigh and drumstick unless otherwise requested in which case it’s just a matter of cutting along the joint again.

To breakdown the crown, simply cut the chicken in half following the line of the breast bone. For each half, trim away the excess carcass and wings to leave only the breast. For chicken supreme, leave the first section of the wing on.

And that’s pretty much it for the chicken. 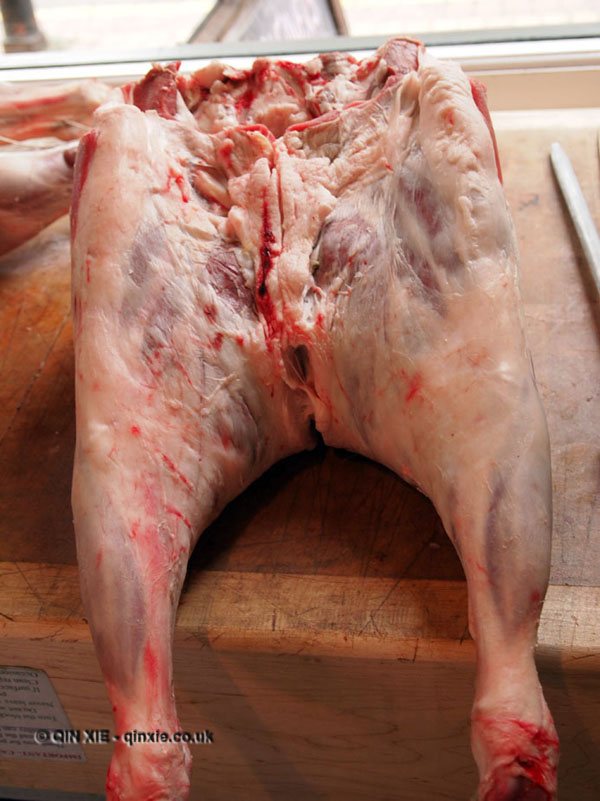 Next up was the leg of lamb – much more heavy handling. The leg of lamb came as the entire bottom section. The first thing you will need to do is separate the two legs.

Using the lamb’s backbone as leverage, cut forwards through the belly of the lamb so the carcass is opened up. Then you need to tackle the other side where you need to carve around the backbone.

The way that the leg of lamb is cut means that you can see the outline of the backbone so it’s just a matter of following the bone, cutting off as little meat as possible. Doing this on both sides of the backbone will leave two legs and one backbone, which can be discarded or used for making stock (as with all the carcass and unused bones).

To further breakdown the leg, start with the tendons. Towards the feet end of the leg you will find a tendon which you just need to cut away from the leg at its base. Then cut off about an inch on the feet end with a cleaver – it’s essentially bones, tendons and fat.

To separate out the lamb shank, sit the leg vertically. Find a slightly hard nodule about five inches down from the feet end, it should be on the thin side of the leg. This is the joint in the leg. You need to cut just below this nodule while pulling back on the feet end at the top. This will slowly reveal the joint which you will just need to separate and then cut through the meat to give the shank. 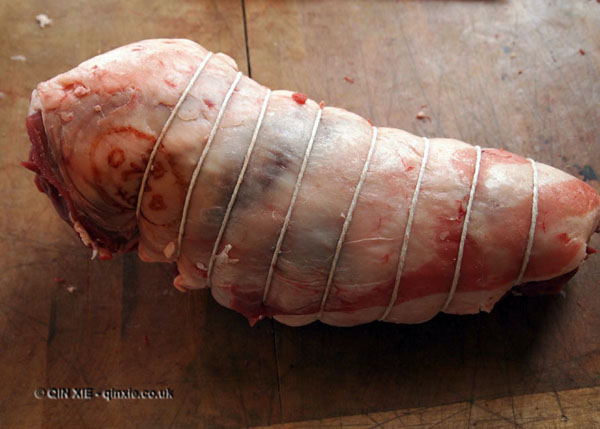 The final part is to remove all the bones. There is the main one running through the leg but also another flatter one along the top which is part of the hip. The whole operation is really a matter of carving the meat away from the bone. Just underneath the leg bone, there is also a small pocket of fat where there is a gland that you need to remove too. If you’re any good at tying knots, you might end up with a joint like this.