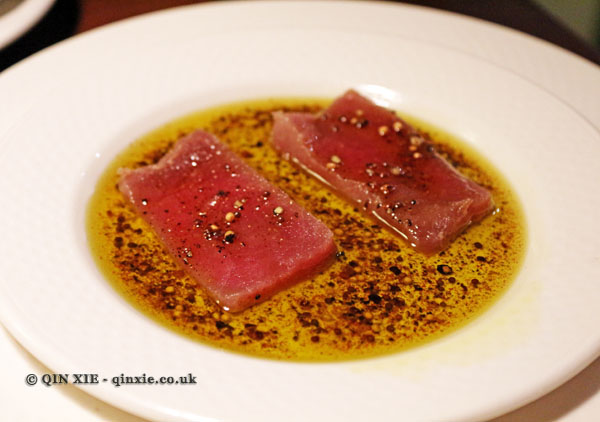 Menu from a tapas dinner at the century-old wine and tapas bar Casa Montaña in Valencia:

Casa Montaña is incredibly busy and is popular with the locals as well as the tourists. When I went, things were already in full swing and I ended up ducking down behind the bar for a table right next to the kitchen.

It turned out they had plenty of little rooms back there to try the small plates. And there were a lot of small plates.

The food was not necessarily difficult to make. In fact, some were very simple like the stewed broad beans. But I think it was more about the jovial atmosphere than the food. And as it’s all about the bar, that’s not a bad thing.