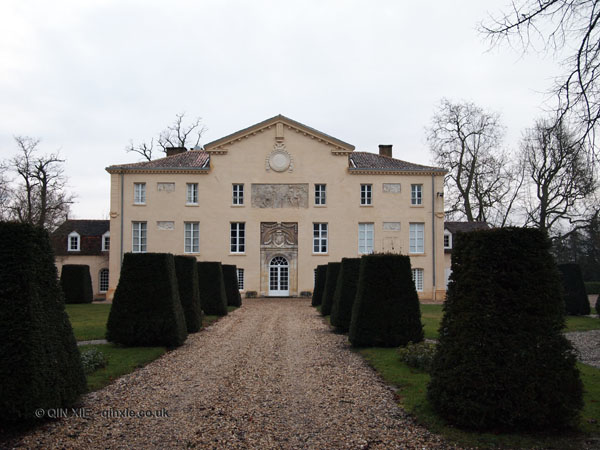 The winemaker Hugh Ryman (son of Nick Ryman, the man who began the Ryman stationery empire) is certainly held in high regard by the industry. He’s often applauded as one of the first flying winemakers who consulted, and still consults, on winemaking projects around the world. What’s more, the wines from Château de la Jaubertie had sold very well in British supermarkets and independents.

And yet it was once a property that was dogged by financial woes and towards the end of the 90s there were reports that it would have to be sold to cover debts.

Both of these were facts that I didn’t find out until further research after my visit and in learning of them, it was easier to understand what I had seen at Château de la Jaubertie.

In the first instance Hugh Ryman is still very much involved in Château de la Jaubertie.

And while trying to make quality, but mass market, wines for consumers, Hugh Ryman himself admits that there was a period in the estate’s history where the aim was bulk production in the style of emergent Latin American regions. Since then, they’ve made a conscious effort to dial back production to a level that was more quality conscious.

Still, while taking a tour through the vineyard, many of Ryman’s comments remained heavy on the costs of wine production. The density of the vines, for example, was resting on a fine balance on the sliding scale of price, quantity and quality.

That said, it’s not all bad.

Moving on to the dessert wines, the Muscadelle Vielles Vignes 2011 was a semi-sweet (moelleux) floral number with notes of white flower, gardenia and apricots. The refreshing Mirabelle crème de tête 2011 was the best of the bunch with notes of apricots and marmalade and a slightly nutty finish. Also finishing with a nutty tang was the Monbazillac 1997 which was softly floral with truffle, marmalade and apricot notes and a very drying finish.

I think given the spectrum of wines tasted, Château de la Jaubertie clearly has potential for great winemaking. And though the wines weren’t terrible, they didn’t exactly inspire great poetry so, for me for the time being at least, the wines are suffering from temporary misdirection.