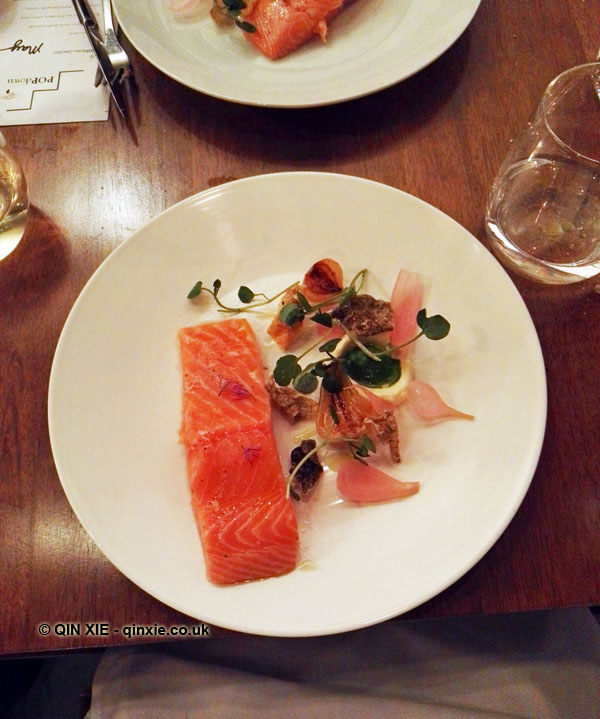 Menu from a ‘popdown’ from Cuisson London with food by Pedro Passinhas:

Popups are no longer trendy. Once the cool word to be brandished by any would-be restaurateur, it’s starting to draw reactions that echo ‘not another one’.

So instead of a popup, Cuisson London decided to do a popdown – that is, a popup in the basement of a Haymarket building.

The chef, Pedro Passinhas, trained with a whole host of Michelin-starred restaurants, including The Fat Duck, Le Gavroche and The Square, so the food had a lot of promise. And indeed, judging by the menu, a lot of care has been taken to source lesser known ingredients.

The kitchen was open so diners can look in at what the chef was doing – something that a few diners were happy to get involved in. Others, meanwhile, preferred to stay in their seats.

For me, the food was inventive and interesting. I especially enjoyed the potatoes.

But the showpiece was definitely the dessert. A huge platter of sweet things that delighted the eyes and the palate.

I was the guest of my friend but at £39 per person for those four courses plus bread and cocktails, it’s much better value than any supperclub I’ve tried.