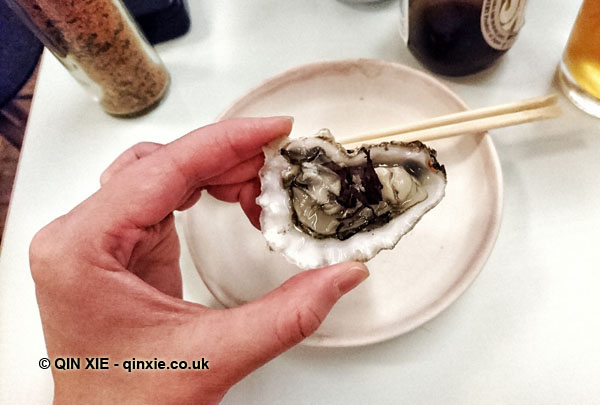 Jidori was Plan C. Not in earnest, as it was always the plan to visit after Lyle’s and The Clove Club, though there was a Plan D.

I’m not sure there’s anyone who found it on the first go. This Dalston restaurant lives in the stripped down shell of another establishment, the tell-tale sign of which is still over the entrance. The only thing that advertises Jidori is a simple branded print out of the menu, stuck on the window.

It feels like I’ve been there before though. Perhaps in it’s previous incarnation as a Vietnamese restaurant. Now it’s a yakitori joint with tiny tables that make the cavernous room look huge.

There’s enough of us to try just about everything on the tight menu, with just eight yakitori options, a set of sides, a smattering of small plates and one dessert.

A couple of things weren’t available. Like the liver for example, which was replaced by the much more delightful oyster. They were kumamoto oysters, and I really ought to have had them without the dressing, but shallot and vinegar is just so god damn good.

I also rather enjoyed it’s vegetarian options of king oyster mushroom and aubergine and miso butter. The onsen egg was gracious, as was the koji fried chicken, though I think I preferred the wings. You’d be spoilt for choice if you loved chicken or rather sick of it by the end if you’re not.

There’s only one dessert on the menu, a ginger ice cream. It came loaded with sweet potato crisps, miso caramel and black sesame. It’s unusual, but not necessarily in a bad way. I think the Jidori pickleback, a shot of whisky followed by a shot of pickled ginger juice, was made for it.

And after that solitary dessert, it was onto Plan D. A different Plan D. 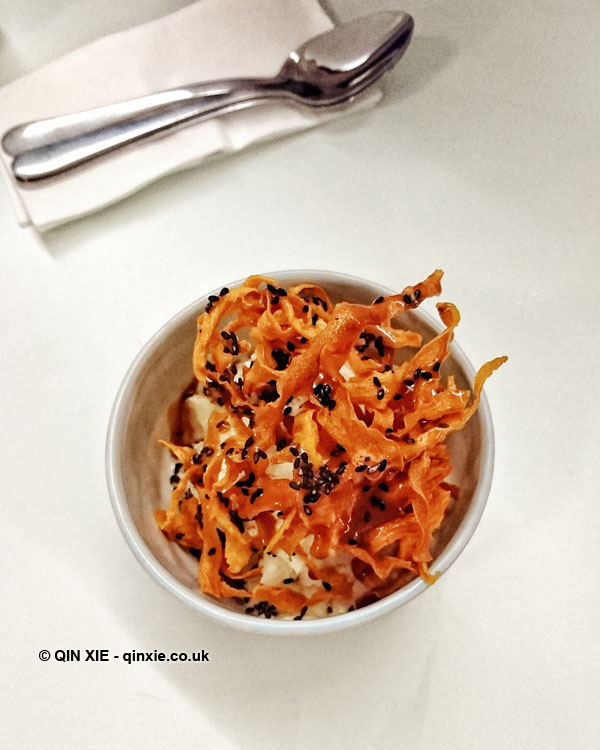