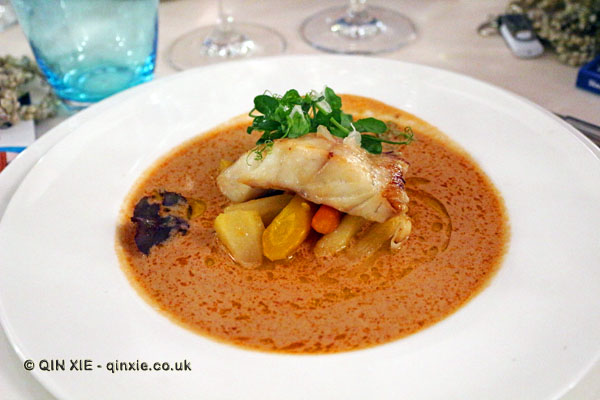 Menu from a dinner at the James Beard American Restaurant at Seven Stars Galleria in Milan, Italy, with food by Paul Sanguinetti with ingredients from the beaches of Fort Myers and Sanibel:

Ceviche of redfish with yam and tropical slaw

Salad of fruit with sorbetto of coconut water and almond milk

The restaurant was all about featuring American ingredients, in this case seafood from Fort Myers and Sanibel, with the help of resident and guest chefs. It was a hugely successful popup that ran for six months.

I really enjoyed the menu of the night, which took its influences from Creole food. There was little intervention on the ingredients, which meant that the freshness of the seafood really came through. My favourite? It was perhaps the fruity and creamy grouper with its coconut notes.