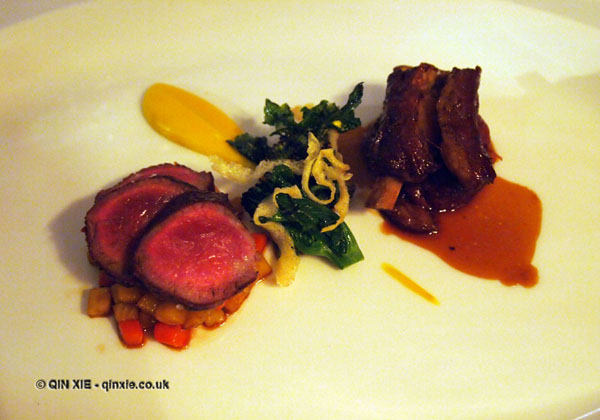 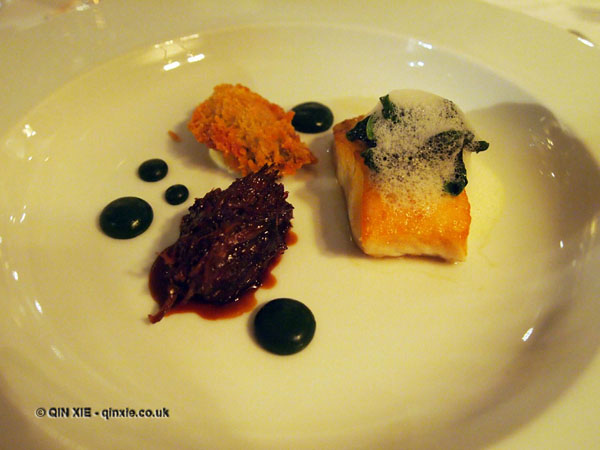 A tasting menu, when it appears alongside an à la carte, should be a chef’s best work. A showcase of his best skills if you will. A distillation of a chef’s cuisine which visitors who have travelled should opt for, especially if they’re not familiar with the chef. At least that was what I was looking for when I opted for the tasting menu at Thirty Six by Nigel Mendham. Unfortunately what I found on the plates in front of me were, at times, disappointing.

Having missed the launch party of the restaurant, I never got to meet the chef so it feels like I knew very little about him. It’s one of those places that you heard so much about when it first opened but what followed was silence. A quick search on Google revealed that Nigel Mendham was previously at the Michelin starred The Samling in Cumbria before taking the helm at Thirty Six. And he has strong interest in British food and artisan producers. Good start I thought.

When you visit the restaurant, you sort of understand why it’s not really talked about.

With two entrances and minimal sign posting, it’s not immediately obvious where the basement restaurant is; you almost feel like you need to know where you’re going. And if you don’t, not all of the staff are forthcoming with friendly service. It seems that peering into Dukes Bar whilst looking a bit lost is a big no, no – you get told off, quite sternly too.

Once you get down to the restaurant though, the service picks up. Efficient bar staff in the Perrier-Jouët Lounge also doubles as waitress for the restaurant, putting you at ease with a glass of something bubbly while taking your order. Canapés are served with drinks in the lounge which makes the wait for the table seem a lot shorter. I say wait, it’s really so they get those starters going. After all, the restaurant was half empty on a Friday night.

At the table, a foamy aperitif is immediately served up with cute little loaves allowing you ample time to survey the room. And there is plenty to see. It seems that the motto at Thirty Six is “there cannot be enough framed pictures”, which seems rather at odds with its freshly painted walls.

The first starter, a medley of quail, greeted the eye with pleasure. And while being unsure of the texture of the terrine forestiere under the quail egg, the dish as a whole worked rather well. It’s the second starter which was troublesome.

The scallop arrived scorched and offered me the displeasure of my first tasting of its rubbery kind, a texture not too dissimilar to the Granny Smith button which accompanied. The smoked eel and cauliflower on the plate were almost too small to warrant a mention but it’s really the sad little herb on the end which gives me great pains. Why put a wilted, sad specimen on the plate? Even if there isn’t some stagiaire spending hours picking herbs in the kitchen, it should have been selected at the pass. Even the wine, from Bodegas Naia Verdejo 2010 from Rueda, Spain, was a poor match.

The main of turbot with its rib of beef and native oyster brought the dinner back on track, as indeed did the Herdwick mutton with sticky ribs, braised shoulders and navarin of autumn vegetables. The reflection after the second main was not only on how similar the two were on the palate but also how poorly they reflected the season.

An interlude of margarita, a martini glass of ice and gel, provided a refreshing break between the savoury and sweet.

For a rhubarb dessert, the whole combination was really rather twee. Subjective flavour aside, the presentation really didn’t approach what it had set out to achieve. The ice cream, somewhere between a quenelle and a rocher, was poorly formed while crumbs littered the plate. The only thing done with finesse was the rhubarb gel which, though swooshing with all its might, fails to bring the dish together.

With petit fours came Thirty Six’s final chance to impress and once again it doesn’t quite make it. Lemon meringue tart, chocolate macaroon and non-descript jelly type sweet things certainly finished me off, but perhaps not in the best of ways. It seems a great shame given how good those lemon meringue tarts can taste, and I’ve tried the ones in the goody bags from the launch.

After much rumination, I can’t think anything else but that Thirty Six had great designs but poor execution. According to one recent article on the restaurant, some 30% of diners opt for the tasting menu. But if they’re experiencing the same as me then at £75 (or £105 with matching wines) I’m sure they’ll be sorely disappointed.