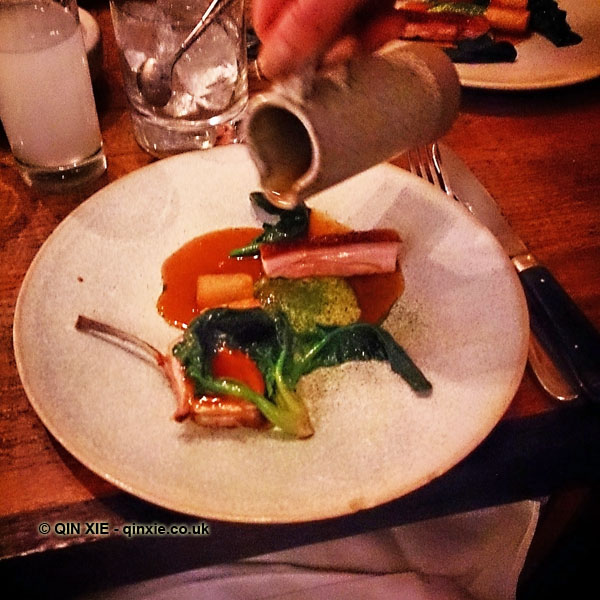 Menu from a dinner with Yeni Raki at the Michelin-starred The Clove Club in Shoreditch:

A selection of snacks to start

It’s not the first time I’ve been to The Clove Club though it’s the first time that I’ve eaten there. Everyone has raved about it and though it received its Michelin star quickly enough, it didn’t wow me.

There was a jovial atmosphere, which is what you want when you’re dining with friends.

I liked the buttermilk chicken, but then everyone does. The radish and dip is still on the menu, a throw back from the Young Turks days. The cod, suckling pig and warm blood orange were all delicious and well-cooked.

It’s a well put together menu and I can understand why it has a Michelin-star but I’m just not bowled over like I’ve been told I should be. I had a good time, but I would hesitate to return.

What left a sourness in the mouth was not the price but what happened afterwards.

I was invited by Yeni Raki to have dinner at the restaurant. I didn’t have to pay and there was no obligation to write about the meal. But weeks after the meal happened, I received an email from the restaurant’s PR asking me to clarify that the meal was in no way a collaboration between them and Yeni Raki. Well, you can imagine what I thought of that.