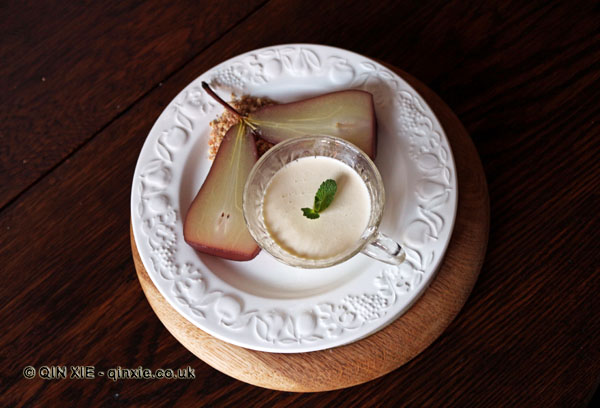 With the new year under way, I thought I would just take a little time to reflect on 2014 and one of the last meals of the year.

For the most part, I’ve been out of the country. I think, if you count the days, I’ve been away more than I’ve been home.

January kicked off with a wine trip to Bergerac in the south west of France, February involved more wine but this time to Tuscany for the anteprima. Summer effectively began in March as I headed to sizzling Egypt for a Nile cruise while April was more chilled as I worked Tranche 2 of International Wine Challenge. From May, I was beginning to run wild; first to Stockholm for the European leg of Bocuse d’Or and then to German Lake Constance for a camper van tour of its wine regions. June was pumped with wine as I visited the Douro Valley in Portugal, Loire Valley in France and Bordeaux. Flying back to Bordeaux again in July, I headed further up the country lanes to Cognac. I also completed my last trip for Yahoo which was to the very Spanish city of Valencia. August began my two and half month adventure in China and when I returned in November, it was straight on to Chile and Argentina for yet more wine. And December, well, I think I’ve been recalibrating my body clock.

With a wine heavy year and, quite frankly, dizzying array of culinary direction, I found it hard to get inspired for our annual Christmas lunch. In my mind I wanted something classic, not too conceptually challenging but still indulgent, delicious and interesting.

And so it brings me to this.