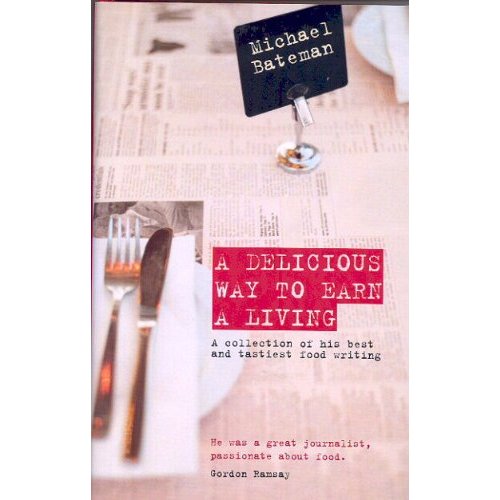 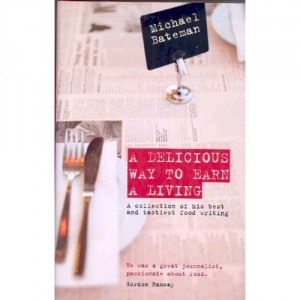 The late Michael Bateman, a prolific writer and food enthusiast, was probably the father of modern food journalism. When he started out in the 50s, it was considered a topic of little worth, but a topic he nevertheless continued to champion throughout his life. A Delicious Way to Earn a Living is a collection of his food writings from early on in his career to when he became Food Editor at The Independent on Sunday.

Inside this food journalist’s bible, you can find column musings, serious investigations and recipes, all interwoven with Bateman’s own food illustrations. How could any food journalist be taken seriously without having first read at least a portion of this book? Perhaps what is most surprising, for those strangers to Bateman, is the range of topics it covers. It’s possible to find everything from ethical eating to a guide to prison food, offering a very refreshing change for those who thought food writing was just recipes and reviews. This is certainly an encompassing selection from a man who took lengths to exhaust the topic of food via a multitude of angles.

The book reads like a collection of clippings from his long career, but without dates or publication details, it also feels like a collection of short stories. There are no chapters, just portion after portion of food exaltation. For anyone with a passion for food, this book really is a must. Whether you’re a novice or a connoisseur, the book will educate as well as entertain. What’s more, the book is an easy read and gives a fabulous insight into how food and food writing in Britain has changed between the 50s and 80s. It is also probably one of few books for which the foreword is also the author’s obituary. A regrettable fact indeed.