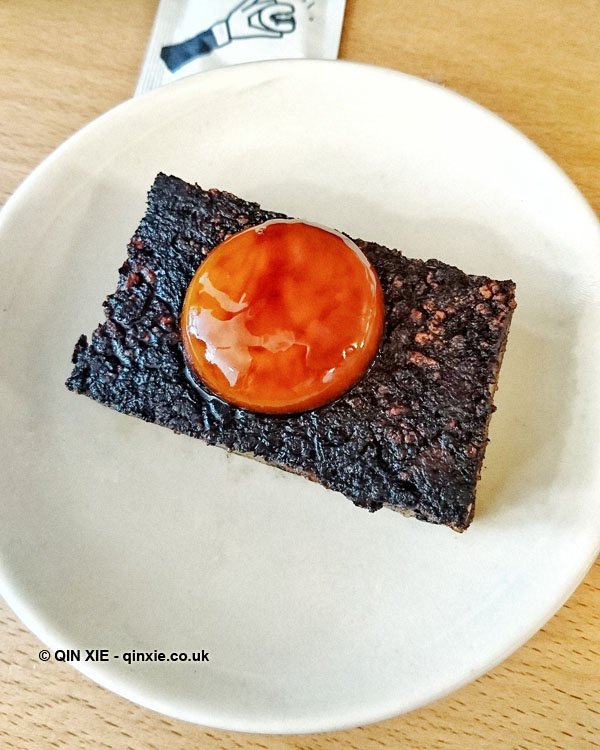 I finally made it to Bao.

After a morning of tasting German wines and months after everyone else has already paid their dues in the queues.

I got there shortly after 2pm thinking that, as it’s a week day and there’s just an hour left until it closes, I should be able to avoid the queues.

But I was wrong. And so I ended up standing behind two groups of people, staring across the road at the people staring back at me through the window. In no time though, I was waved through the doors, and dodging traffic to get there in one piece.

My coat, hung up high in front of me at at the table and my bag underneath the bench, I sit down. 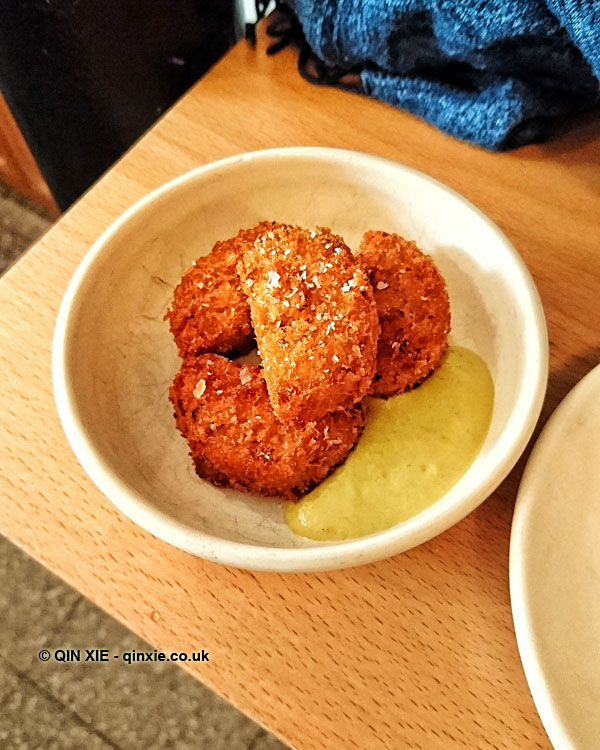 The menu is compact. I vaguely recall trying the buns at an Observer Food Monthly party but I can’t be sure. So I order the old faithful – confit pork bun. For my adventurous side, I chose the pig’s trotter croquette. And for Instagram, I chose the blood cake.

There were no surprises with the bun. It is what it is and similar versions can be found all over. The blood cake I could have done without. It’s sexy for Instagram with its runny yolk suggestively trickling down, but beyond that, well, my palate failed to be titillated.

The croquette however, I loved. Rich and fatty but cut through famously by the dipping sauce. I almost ordered a second serving straight away.

Pondering over getting the bill, I opted for a second bun instead. This time the lamb with cumin and it came with a surprise but pleasant stash of jalapeños. The tangy heat backing the light spice of the cumin actually made me like this bun more. If nothing else, it was more interesting.

As I step out 30 minutes later, leaving a half empty restaurant, I spot more diviners queuing up at the Bao stop.