Home>Musings>Bread is art, and it tastes good too 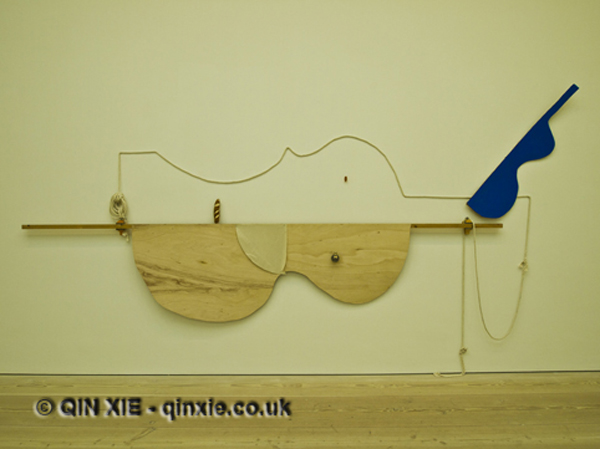 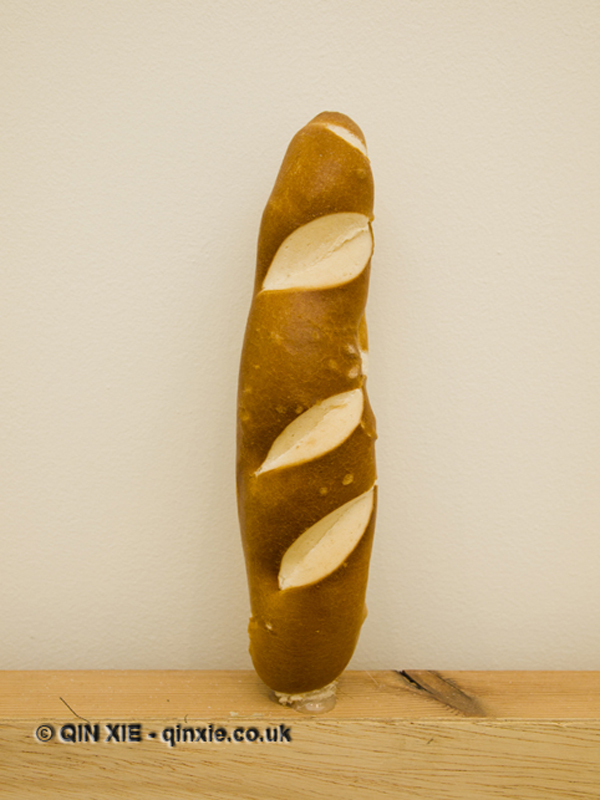 Today I went to explore the Partridges Food Market on Duke of York Square with the view to test out my recently repaired camera and to do some investigation on a market piece for Jellied Eel magazine. The stalls gather there most Saturdays to sell a range of food products – everything from tea and cakes to cheese and olives. And if you get hungry, there are also stalls selling hot food so you can eat on the go.

It was actually a little smaller than I had anticipated but that may be to do with the cold weather. However, its close proximity to the Saatchi Gallery also meant that I could take a detour to wander around the gallery. And what should I find there but yet more food?

It came in the shape of a German laugenbrot, which is in essence a pretzel in the shape of a baguette. It was part of a mixed media piece by Anthea Hamilton called “The Waitress” currently on show at the Saatchi Gallery. According to the Saatchi Gallery’s website, “The guitar shapes look like a woman’s body, and also reference Cubist still life painting. Blue, like the cut-out leg, is a recurrent motif in my [Anthea Hamilton’s] work.”

In the same piece, there were also dried apricots and decorative pepper shakers – I suppose references to the trade. 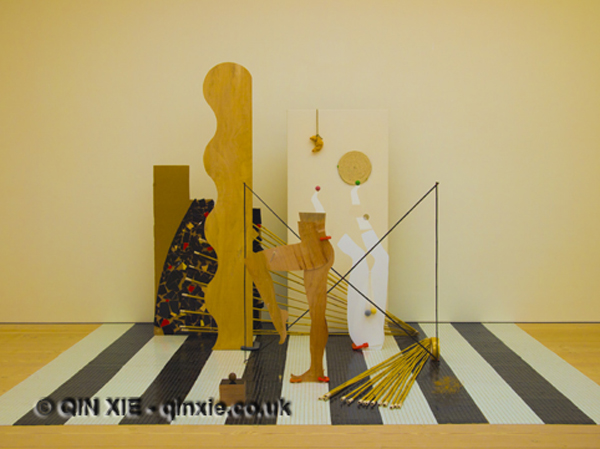 However, she clearly had a penchant for bread as a medium because in another piece, titled “The Piano Lesson”, a croissant appeared suspended above two pairs of legs as if the carrot to a donkey for motivation. And in a third piece, called “Das Buschwoman”, a baguette was used as the woman’s upturned nose.

Arguably croissants are a mix between bread and pastries, just to confuse things, so perhaps it’s just baked goods that she has a fascination with?