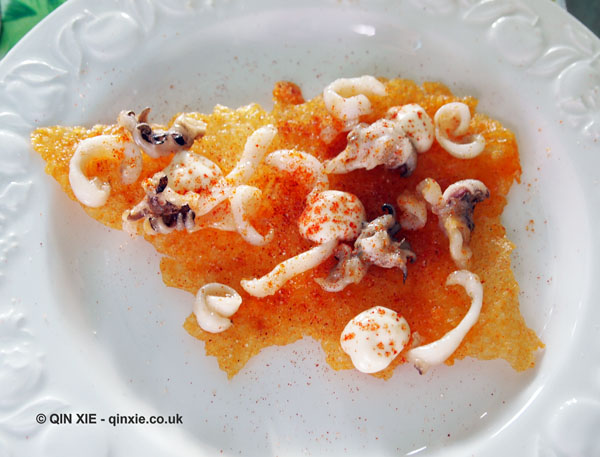 Over the past year, and probably longer, I’ve been collecting menus from various dinners that I’ve been invited to. Some with photos, some with wine matches and some with just the bare bones.

For me, it was an interesting exercise to see what restaurants, chefs and caterers think a well composed meal is. It was also the perfect way to keep track of some of the experiences that I’ve had the fortune to enjoy over the course of the year.

This year, for the first time, I’m going to share a menu of my own. It’s the Christmas menu for 2013 for the family Xie.

We don’t celebrate Christmas. It’s not something that I grew up with and I think Christmas just happened because everyone else around us did it. As I grew up however, there was less need for the presents, trees and fairy lights.

The festivities are long gone and Christmas today is just one of those times of the year where the family Xie, gather without fail, for family time. The other being Chinese New Year.

For close to a decade now, I’ve been cooking our Christmas meals. It was always the one meal a year that I’d cook and it was as close to the Christmas spirit as our non-celebration went.

Every year, we’d have a different roast and over the years we’ve gone through turkey, chicken, duck, lamb, beef, venison etc. Last year, for the first time, we deviated from the traditional format and had a seven course tasting menu. It was a last minute decision and in many respects it was simply showing off for a recent culinary school graduate. The reality was that it wasn’t as well crafted as it could have been. That part was lost in favour of fleeting fancies like popcorn amuse and marshmallow petit fours.

This year I’ve decided to go with a conservative five courses, in part, inspired by some of the meals that I’ve enjoyed over the year. I think there are a lot of things that could be refined and improved but, I am happy with the composition nevertheless.

So here it is – the menu for the family Xie Christmas of 2013 completely with the wines we drank and a few hasty snaps (incidentally, you can follow the links to see my tasting notes for the Rhône red and Barossa PX and find the recipe for the banana soufflé):

Cheese with nuts and fruit