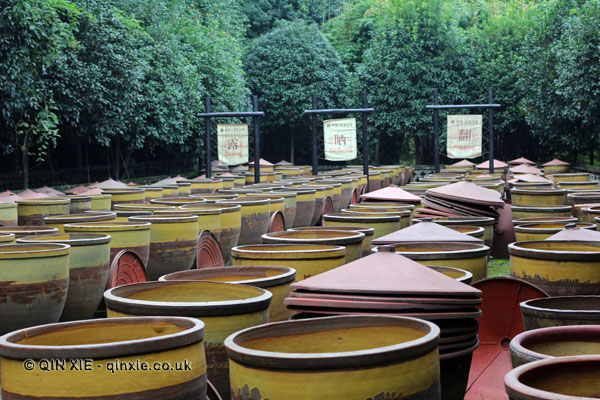 I wrote this a while ago for a possible project. It’s some 1,700 words – a rather long read but you may be surprised.

If you were asked to describe Sichuan cuisine, what would you say?

Searingly spicy? Tongue numbing? Intense with pungent aromatics? Delicious and addictive? For most people, their last Sichuanese meal inevitably contained dishes laced with chilli, Sichuan peppercorns and garlic. It’s a simple and straightforward interpretation of the region’s cooking but it’s one I want to dispel. 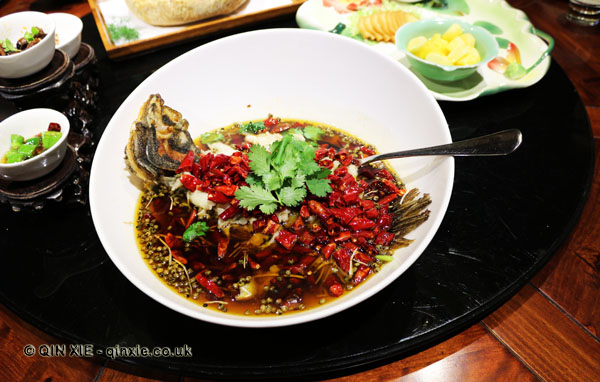 Sichuan is the cuisine of my homeland. It’s what I grew up with; it’s my daily banquet and what my genes know almost innately. So when someone tells me that Sichuan cuisine is just spicy and numbing, every fibre in me ignites with vexation. You see, Sichuan cuisine, for me, is a complex myriad of flavours often misrepresented in simplicity.

Before I started delving into this subject, I couldn’t pin point why I thoroughly believed in the diversity of flavours except to say that most of the dishes I grew up with weren’t spicy or numbing. Of course, chillies and Sichuan peppercorns were widely available and consumed in abundance but they certainly weren’t the whole of it.

So, packing my bags for two months of travel, ostensibly on assignment, I went home to Chengdu to reconnect with my heritage.

It’s almost embarrassing to admit that I learnt much more about Sichuan’s history in the short few weeks’ visit than I ever did in the years growing up there. Many of these historical events shaped today’s Sichuan cuisine in ways that we could only speculate about. But more on that later. First, I want to try and define this fast-evolving Sichuan cuisine.

According to classical cookbooks on the subject, Sichuan cuisine is divided into 23 distinctive schools of flavours with 27 main methods of cooking. The result, coupled with Sichuan’s diverse bounty of ingredients, is a menu of dishes that runs into the hundreds, if not the thousands. Indeed, there’s a Chinese saying of Sichuan cuisine that “each dish has its own flavour; a hundred dishes with a hundred flavours”. It is perhaps this sizeable repertoire of recipes that enthroned Sichuan as one of the eight cuisines of China.

It’s hard not to wonder whether Sichuan’s cuisine is large beyond definition at this juncture but what if I were to posit that this is because Sichuan is a fusion of flavours?

Controversial perhaps but evidence of this can be found in a single ingredient – Pixian doubanjiang, a spicy fermented bean paste. 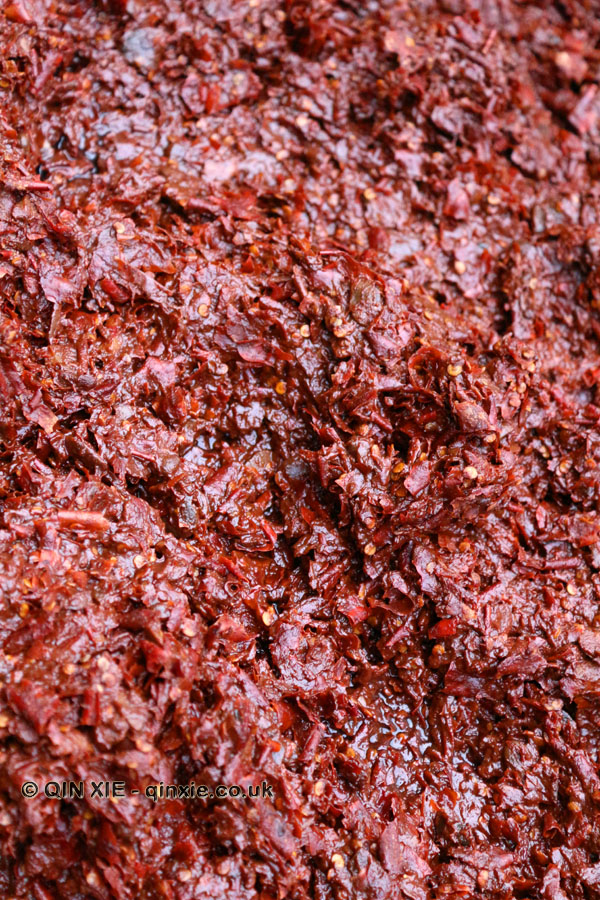 To understand why the development of Pixian doubanjiang is deep-rooted in the formulation of Sichuan cuisine, we have to wind back through a brief history of the region.

Sichuan’s reputation as the land of abundance came into being thanks to the irrigation system built at Dujiangyan in 256BC. It managed excess water in flood season and maintained water tables in drought, creating a plain of fertile, cultivable land in the Sichuan basin. Life was relatively easy and the rich tea culture that developed became a symbol of the life of leisure that remains important today.

The long periods of peace in the region was overshadowed by two instances of enduring conflict, in the 14th century and 17th century, during which 90% of the population of Sichuan was wiped out. Well-documented migration from the modern regions of Hunan, Hubei and, to a lesser extent, Guangzhou, was made mandatory to repopulate the region. Civilians were literally bound like slaves and led into Sichuan to fill the population gap.

It’s no surprise then that Sichuan became a melting pot of flavours as the different regional cuisines fused with the indigenous offering – it’s an anthropological development that we can see all over the world. Of course, we can’t trace the invention of a specific flavour to a precise date owing to a lack of detailed historical records but evidence can be found when we examine the aforementioned classical Sichuan flavours.

For ease, let’s start with the obvious components of chillies and Sichuan peppercorns. 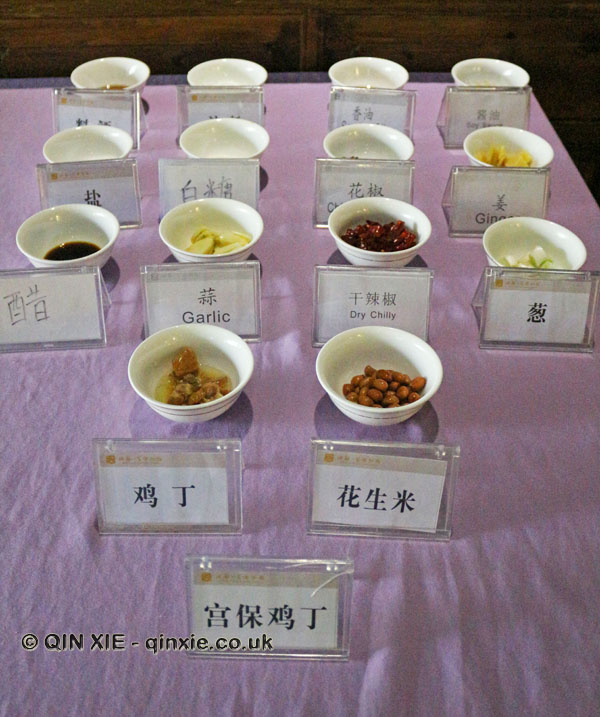 Sichuan peppercorns were, according to various accounts, indigenous to the region and have been used in dishes long before chillies. Numbing doesn’t quite describe the experience of eating these peppercorns as it excludes the nose-tickling floral intensity of the spice as heat is applied during cooking, though it does capture its after effects on the palate. Their popularity is obvious as they feature prominently in three of the classical flavours of Sichuan, alongside the salt from the wells of the region.

Meanwhile, chillies were first introduced to China from South America in the 16th century by Portuguese travellers. In fact, they still hold the designation of “pepper from the sea”. The relatively insular location of Sichuan meant that their arrival into the region likely coincided with the mass migration at the beginning of the 17th century. This perhaps explains why we see so many similarities between the cuisines of Sichuan and Hunan.

The adoption of chilli in Sichuan cuisine is widely explained by the region’s humid climate, a custom rooted in the historical prevalence of Taoism in the region. One of the key principles of Taoism is that of yin and yang – a balance of the two must be achieved for health and longevity. Accordingly, the damp humidity of the atmosphere causes yin in the body, which can be balanced by eating chillies, a source of yang.

“Ma La” is the school of flavour that embodies spicy and numbing as its top notes, with the liberal application of both chillies and Sichuan peppercorns. The classic example for this flavour is “mapo doufu”, a mildly spicy, tongue-numbing tofu dish, pungent with the fragrance of Sichuan peppercorns. You might know it as pock-marked woman’s tofu in the western world. If imitation is the best form of flattery then this dish has found infamy for, in all probability, it is one of the most reproduced Sichuan dishes in the world and perhaps why we are so familiar with the spicy and tongue numbing elements of Sichuan cooking. Certainly, no Sichuanese restaurant worth its well salt would be without the dish on the menu.

But what about those flavours I mentioned without chilli or pepper?

Take for example mandarin flavour, where the top notes are taken from mandarin peels. It’s a flavour that’s perhaps more akin to Cantonese cooking than anything else. Indeed, much of the world’s most sought after peels come from Guangzhou, or Canton by its Cantonese name. How about five spice? Some of the main ingredients in this school of flavour, such as star anise and cloves, are primarily cultivated in Guangzhou even today. Both of these flavours show the influences from Sichuan’s neighbouring province of Guangzhou, one of the homelands of the migratory population.

But these are just evidence based theories so let’s try to pin point this migration and fusion idea to our singular ingredient, the doubanjiang from Pixian.

Often dubbed the soul of Sichuan cuisine, the umami-pumped Pixian doubanjiang appears in numerous celebrated dishes, including the aforementioned mapo doufu. As well as featuring in classic dishes of other flavour schools, it’s also the basis of its own school of flavour – “jia chang”. This, we can translate to everyday home cooking. It’s a pretty broad category and one which epitomises doubanjiang’s integration into Sichuan cuisine.

According to definitions, everyday home cooking in Sichuan has a flavour profile composed of Pixian doubanjiang, local well salt and soy sauce. The complex flavour is fresh, slightly spicy with an alluring aroma akin to that of baijiu, the Chinese grain spirit. An example of this flavour is twice cooked pork, where blanched pork belly would be thinly sliced and given a second wok cooking with the aforementioned flavourings.

The process of making Pixian doubanjiang is simple but painstaking.

Broad beans and chillies, both now locally grown varieties, are put into a terracotta tank with Sichuan well salt and flour. The mixture is allowed to ferment over the course of a year or more, during which it is “flipped” twice daily.

In the early morning, the dew collected on the surface of the mixture is upended to the bottom of the tank. The exposed surface is allowed to dry out in the afternoon sun before the mixture is rotated again in the evening so that the dried surface moves to the bottom of the tank. Each time, the mixture is thoroughly combined but care is taken not to crush the beans. Over the year, the beans inevitably soften to a mulch, its form still visible, developing a nutty, spicy and pungent complexity thanks to the slow fermentation process.

Variations of this fermented bean paste can be found throughout China, usually made with soy beans, though perhaps none as widely lauded. What makes Pixian doubanjiang special is its unique combination of geography and climate with the ingredients.

In Pixian, the unique climate of the Sichuan basin fosters the perfect conditions necessary for the process of dew and sun exposure while its geography allows access to plentiful cultivable land for the beans and chillies. The ingredients used for Pixian doubanjiang are now all locally sourced but we should remember that it was immigration that first brought the chillies into Sichuan. Along with the local well salt used, the doubanjiang was a fusion of indigenous and imported ingredients from its birth.

Some legends even go as far as to say that the process of producing the bean paste itself was discovered along the immigration journey, though of course we have no proof of this. After all, fermented bean paste is not exclusive to Sichuan. What is certain is that the fusion of the different elements has led to the creation of a product found nowhere else, an ingredient which forms the backbone of much of Sichuan cuisine. 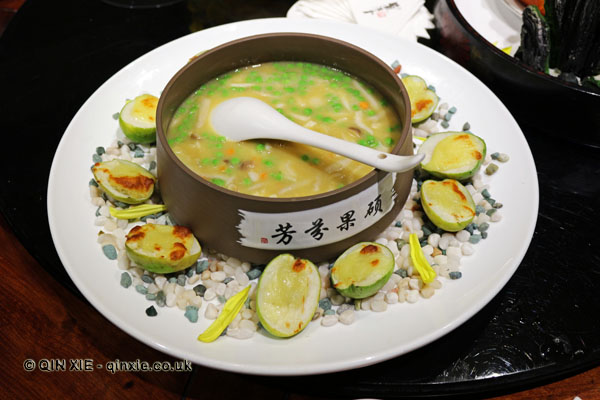 Going back to the question of how I would describe Sichuan cuisine, I’d have to repeat the word fusion. We have seen the incorporation of numerous influences in its classic dishes but it’s not as simple as suggesting that Sichuan cuisine is merely a mix of everything. Instead, I’d like to propose that, thanks to the raw materials, flavours and perhaps even techniques introduced into Sichuan through mass immigration and the subsequent period of integration, Sichuan has developed its own culinary identity based on its unique foundation of diversity.

Perhaps it should be called one of the world’s most integrated fusion food.