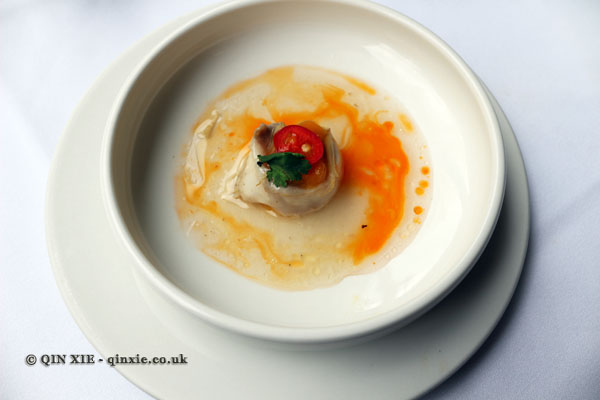 Rough draft of a menu from a lunch at the no-menu Hunan Restaurant (many of the dishes are in the Hunan cookbook):

Pork mince in a lettuce wrap

I’ve had almost everything on the menu at Hunan over the course of writing their book. The myriad of variations on flavour, ingredients and cooking technique has roots in tradition but also offers a certain amount of innovation. And each time I’ve visited the restaurant, there has been something new.

The French chips has remained one of the most popular dishes on the menu over the 30 years or so that the restaurant has been open. I think the spinach rolls might be one of my favourites though.