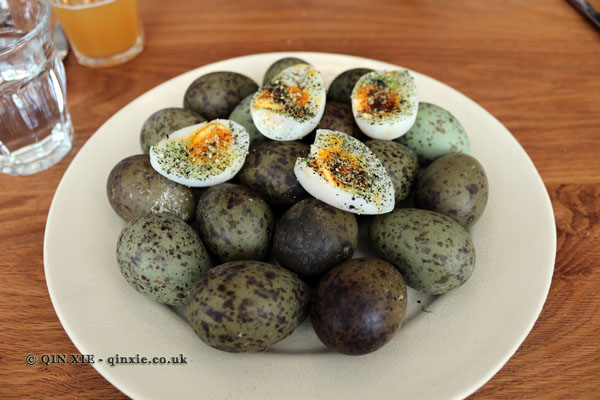 Menu from an (à la carte) lunch at Lyle’s in Shoreditch, East London, with food by James Lowe:

Having had James Lowe’s food at the Young Turks, I was at least intrigued by his offering at Lyle’s. Not least because it took him so long to get the restaurant going.

The food had so much of the nose-to-tail ideals picked up at St John, where Lowe used to work, particularly because it included plenty of offal. But there’s a sort of finesse that’s found in Nordic cuisine.

There’s a lot of experimentation going on, which is pretty exciting.

Lyle’s has quite a lot going for it. So it’s no surprise that it gained a Michelin-star so quickly. But while it’s a bit of a darling for so many reasons, it just doesn’t quite tickle my fancy.