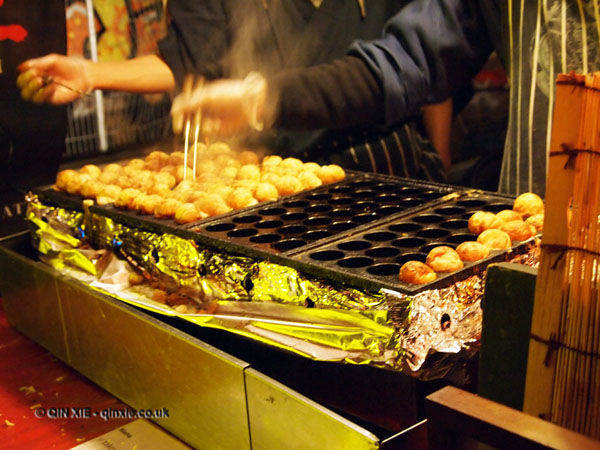 Despite flying in from New Delhi just hours earlier, I found myself waiting in the hour-long queue for The Long Table last night. The pop up night market is a collaboration between Bootstrap Company and The Loft Project and will be running for another three weeks at Abbot Street in Dalston.

Bootstrap Company organised a series of bar, music and cinema focused events in the East End of London this summer, including the Dalston Roof Park. The Loft Project, the brainchild of Nuno Mendes, is all about the food. So when the two came together, it was really a mini festival.

Based around two tented rows of candle-lit long tables were stalls from the likes of Hawksmoor, Moro, London Fields Brewery and The Loft Project. Great food and drinks were served up while a live band serenaded the guests with polite melody. But after a couple of hours, dressing warm and huddling around sporadic fires were just not enough to stay toasted – it was time to head down to 69 Colebrooke Row for a swift rhubarb gimlet.

Here are a selection of images from last night: