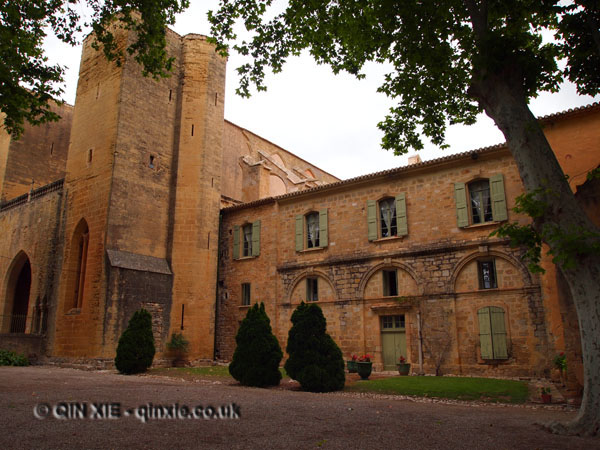 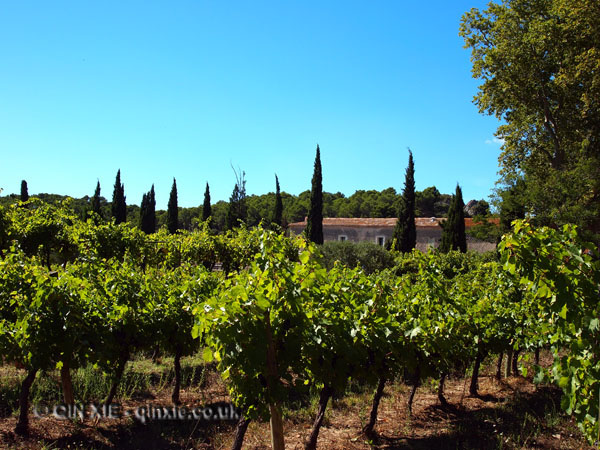 Now a family-owned estate, the Abbaye remains a place where you can explore the religious history of wine-making through audio guides and walking tours. There are vineyards close by but even closer are the mini-plots of vines on site that showcases the grape varieties used in the abbey’s wines.

You can do a wine tasting on site but there’s also a rustic French restaurant a short stroll away.

There’s quite a selection of wines to taste through from red, white, rosé to dessert and ranges in price. 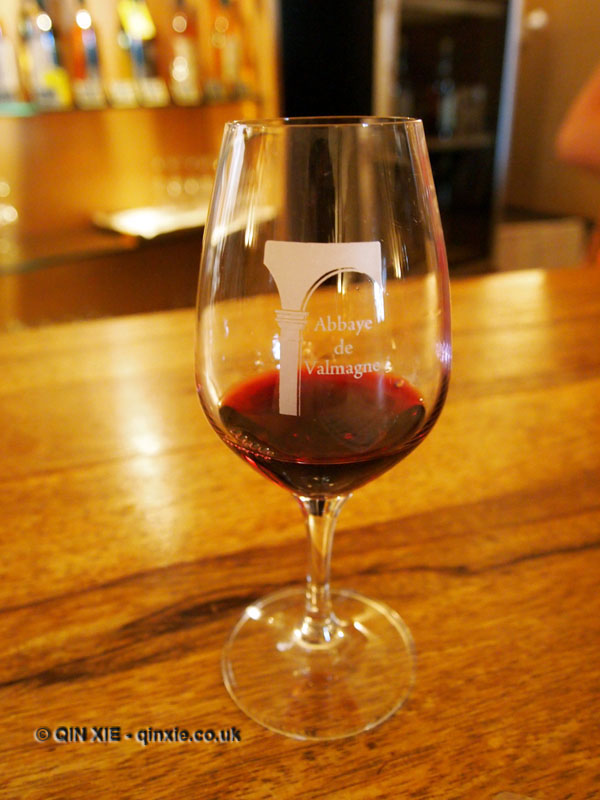 For the whites, the most basic Cuvee Adhemar Blanc Sec, Vin de Pays des Collines de la Moure 2012 showed low acidity with a little citrus acidity while the not too dissimilar Le Secret de Frere Nonenque Blanc, Vin de Pays des Collines de la Moure 2012 was already showing some development. The best in show for the white was the Gres de Montpellier Cuvee de Turenne Blanc 2010, which while still low on the acidity, at least showed considerably more structure with much more of the stone fruit and flinty notes coming through.

Le Secret de Frere Nonenque Rose, Vin de Pays des Collines de la Moure 2012 was the only rosé I tried and it was surprisingly nice. There were lots red fruits coming through, if not at times artificial, but if properly chilled, can be quite refreshing.

The abbey’s only sweet wine, the Aragome 2008, was quite delicate, not too cloying, with a short and dry finish.

Overall the wines weren’t as sophisticated as you might hope and there’s definitely room for improvement. They were available in the UK more than a decade ago but now it seems tastes have moved on but the abbey’s wines haven’t quite caught up yet. At least, not for the white wines. But then perhaps it’s really the history side that you’d go to see.