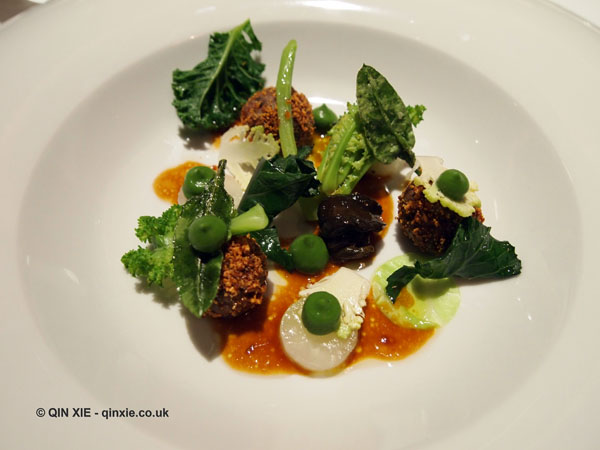 Menu from lunch at the one Michelin-starred Alyn Williams at The Westbury Hotel in Mayfair, London:

Gurnard with chanterelles, carrots and micro-herbs

Alyn Williams at The Westbury has perhaps one of the best value for money set lunches in London. It’s not the cheapest but they’ve put a lot of effort into each of the dishes on the menu.

Oxtails and snails for example, though relatively inexpensive ingredients, can be quite time consuming to process. Added to that is the impressive selection of garnishes thrown in. Of course, it’s not all for show – the flavours work, too.

The portions are quite small though but if you’re after a light lunch, it could be just the thing.