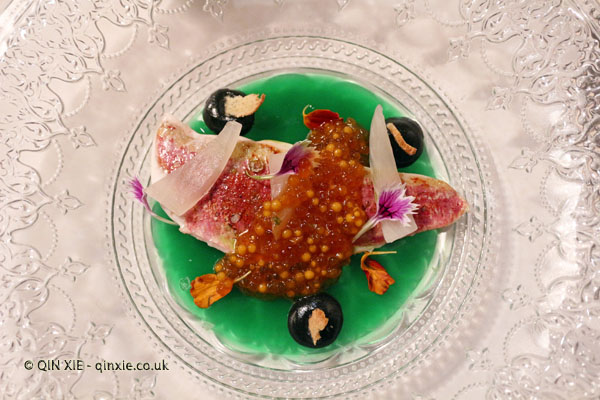 The transformed landscapes menu from Quique Dacosta’s one Michelin-starred restaurant El Poblet in Valencia with selected dishes from past menus at Restaurante Quique Dacosta in Denia and dishes created for El Poblet:

Red king prawn from Denia with tea of prawns and chard

Red mullet with pearls of its head

This is the menu from my visit to El Poblet, Quique Dacosta’s restaurant in Valencia. It’s named after the restaurant he originally worked at, El Poblet, which is where his current three Michelin-starred Restaurante Quique Dacosta is situated in Denia.

At this Valencia restaurant, the dishes are a mixture of new creations and dishes from Dacosta’s past exploits.