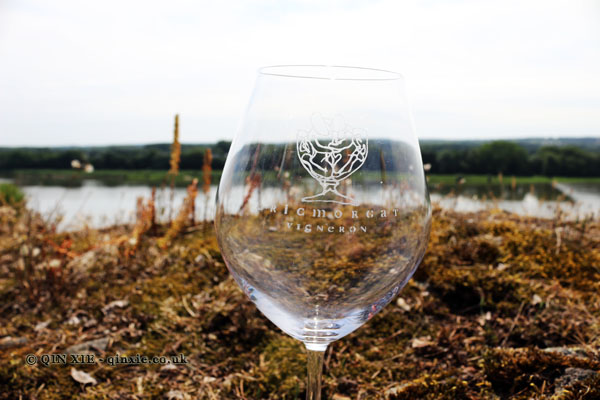 Eric Morgat is an interesting winemaker to meet, not least because his name is his wine brand rather than that of an estate. 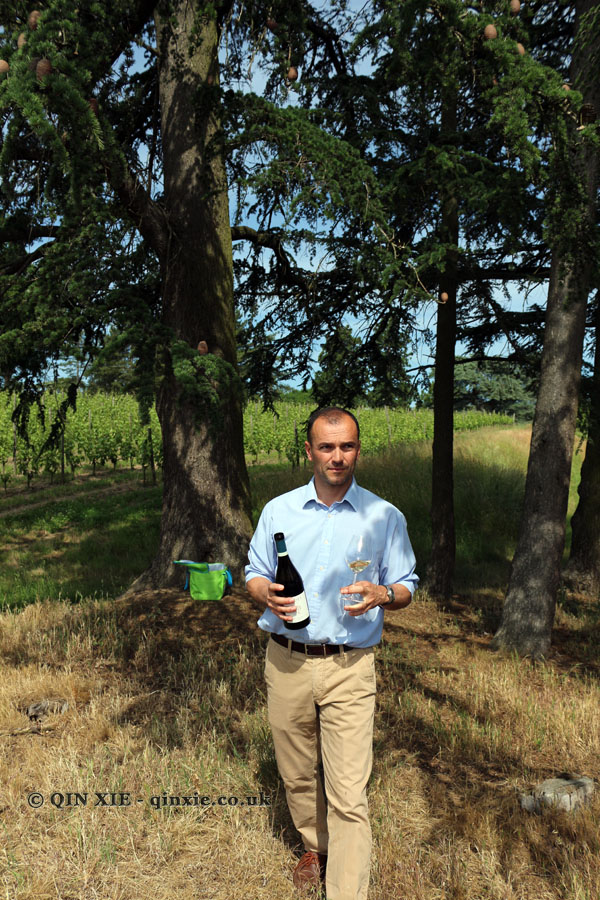 Clearly passionate about winemaking, Morgat has worked from the ground up acquiring parcels of land to make his wine. His first vintage was in 1995, when he was just 25.

His “garden”, often previously uncultivated land, as this is cheaper than the alternative, are based in different parts of the Anjou; some are right next to the Loire river while others are further inland. His is the Black Anjou – the volcanic schist soil that produces grapes with higher alcohol and a thicker grape skin, giving a tannic structure not unlike that of red wines.

Right now, he has no winery of his own either but is in the process of building one.

Despite not owning an estate in the conventional sense, he’s gained a cult following of sorts and his wines are well regarded. He used to be known for making dry wines with Botrytised grapes but is now concentrating more on preserving the purity of fruit.

We started the tasting at a cliff’s edge with his vines by one side and the Loire on the other. It was the Eric Morgat Savennières L’Enclos Fidès 2012 – a wine that’s been barrel fermented for a year before blending and ageing for a further year in stainless steel tanks. Opening with an intense citric nose, the wine had great minerality and acidity; finishing with a savoury note, it also had enough body to match to meats.

Moving into his cellar, we tasted more wines from the L’Enclos and the Litus parcels.