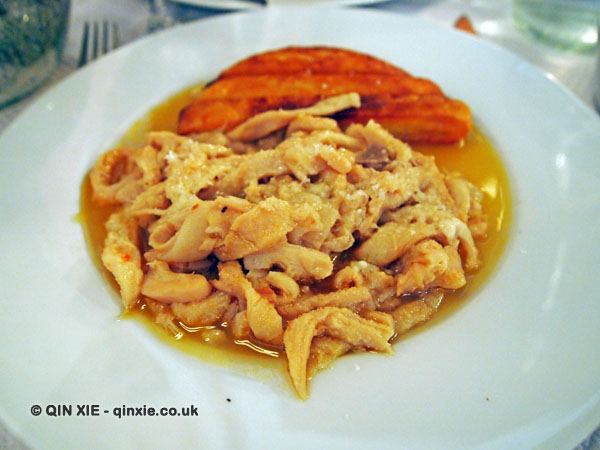 Menu from a simple lunch at La Merenda in Nice, France, with food by former Michelin-starred chef Dominique Le Stanc:

Everyone talks about La Merenda in Nice. The chef, once a Michelin-starred cook, decided to retire to the south of France to make something more rustic.

The dishes, and other things on the menu, were traditional. The ingredients, simple but lovingly put together.

It’s a really small place and somehow has people queuing out the doors. I, dining alone, ended up sharing a table with a stranger from Paris.

The salad made an easy starter in the heat of the summer. The tripe, rich and sticky on the lips, was a very rich main. And as my first tourte de blettes, I wasn’t quite sure what to make of it. But I wanted something sweeter, more like a dessert.