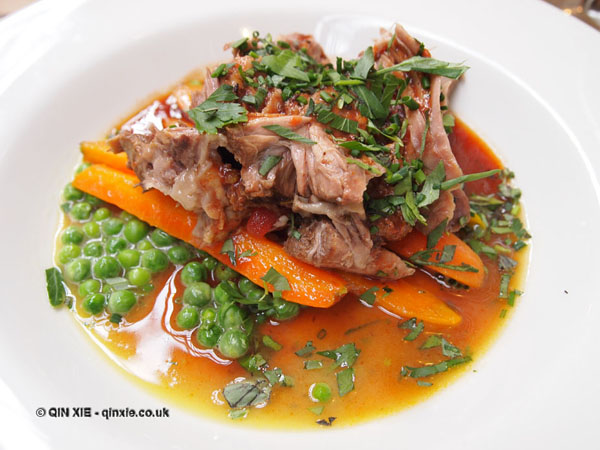 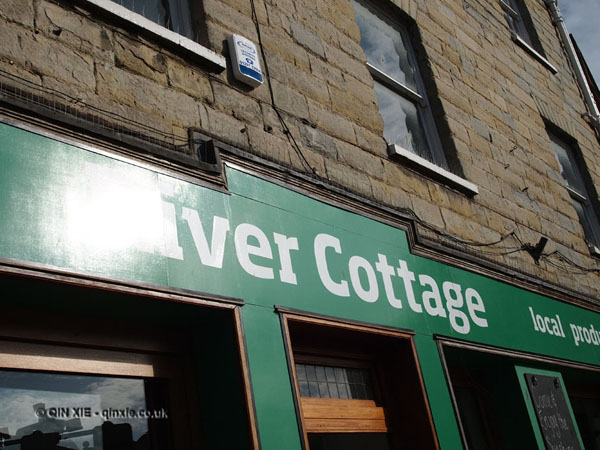 When Hugh Fearnley-Whittingstall’s distinctive curly flop first appeared on our T.V. screens over a decade ago, with his big dream of becoming a smallholder, we were captivated. While the City of London, in the most part, was no longer the picture of 80s power suits, three hour boozy lunches and late nights that extended to early mornings, the whiff of the rat race was still quite a stench. To just up-root the urbanite and bulldoze him into the rural “Good Life” was, to some, ideological but practically unsound. Many have tried and failed.

But we weren’t any less intrigued by the small doses of River Cottage that’s graced our screens in the years since. If anything, that frisson of against-the-odds was what kept us rooting for him all these years. There was something so extraordinarily appealing about his grass-roots approach that got us championing him to succeed, from his “Chicken Out!” campaign to the most recent “Fish Fight”.

It’s been no secret that I’m a fan.

So when I spotted the road sign pointing to Axminster on the drive back to London, after a week long gastronomic trip to the South West, I instantly read River Cottage Canteen. It’s not so much that I read rave reviews on it or that it had recently opened to roaring hype – it was plainly shameless star gazing on a foodie twist.

It was the perfect time to visit River Cottage.

The mid-summer sun was beginning to think about setting but it was still bright enough to highlight the rich foliage in Axminster. Without booking, it was possible to secure an early evening table, allowing ample time to explore the market town and grab a half pint of cider in the Axminster Inn.

Of course being super keen, I arrived back promptly before 6pm when evening service was due to begin. The deli and the restaurant were both closed in preparation and I, along with the other congregates, waited patiently outside basking in the warm weather. The anticipation built up in the waiting made the excitement of being allowed in all the more intense. 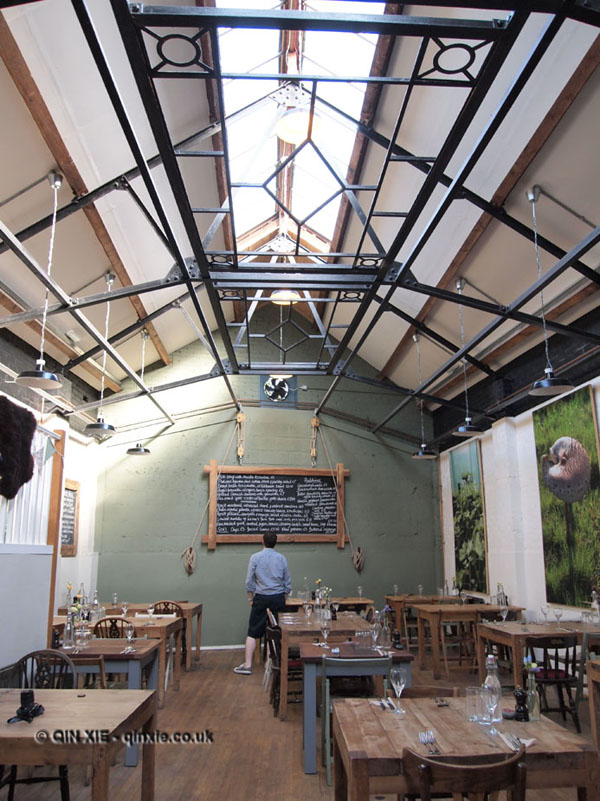 The deli and associated café space was the first bit to pass through before entering the restaurant. The main restaurant itself, a converted barn style room, was every bit the rustic charm I had imagined. At the far end was a chalk board menu suspended in front of a moss green wall. Against the soft light filtering in from the ceiling, it was in fact the very same moss green as the colour of my bed room wall. This felt like home.

As I settled down for dinner, I began to deeply regret indulging on the three giant scoops of, albeit very good, ice cream just a few miles up the road. Here was my chance to sample that very back-to-basics Hugh Fearnley-Whittingstall menu, which I would probably never make at home. After all, how often am I going to source guinea fowl for terrines or pollack to roast?

A light elderflower fizz toasted the summer and moistened the palate for the farmhouse style bread, then the courses arrived in quick succession.

A nominally shared plate of grilled sardines made a seemingly raw and yet perfect tasting start. The pair of mains that followed were braised rose veal with carrots, peas and herbs; and pan roasted, quick smoked pigeon breasts with creamy lentils, broad beans, sage and bacon. If there were bones to fall away from, the meat from each would have melted away beautifully. After much deliberation, it was decided that it was impossible to leave without at least trying the gooseberry fumble – an overtly creamy and cholesterol raising number which proved too much, in the end.

The efficiency of the service meant that barely an hour and half later, it was time to hit the road again. This time, the sun was really starting to set and my appetite, for the time being at least, was satiated.