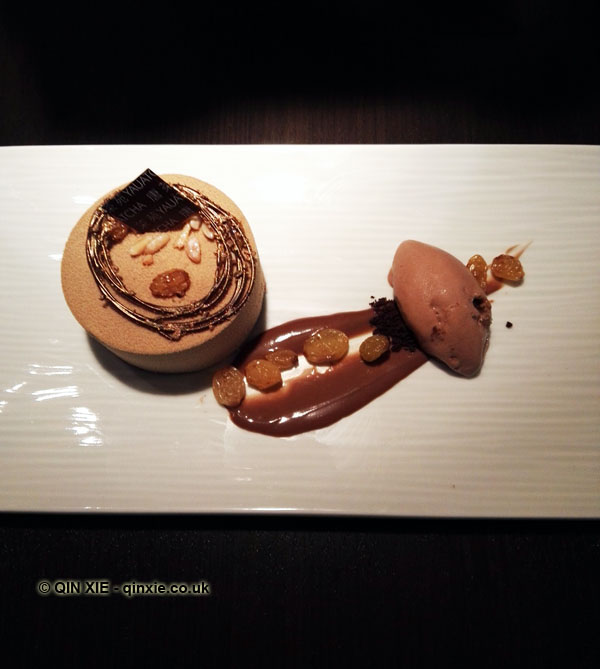 Yauatcha is one of my favourite restaurants. It’s a sort of fail safe option for last minute suppers, especially late at night. I’ve been to it on so many occasions, and I recommend it to just about everyone.

Kowtowing to the pastry Kings and Queens

About two months ago, a second Yauatcha opened in the City. At the launch party I tried some great canapés, including a chocolate one that stole my heart. And then I heard the City branch has its own menu.

Fast forward a few weeks and I was sitting at a banquette for a proper meal. Let me throw in the spoiler now – I was sort of underwhelmed. But it’s not for the reason you think.

Let me break down the meal.

We started with a small selection of dim sum.

The lobster roll on the supreme menu was delightful and I was glad that my companion ordered it. As always, I ordered the spicy Szechuan won tons, which weren’t as good as I remembered them. It missed the kick of a really good chilli oil and the aromatic highlights of the peanuts. We also ordered chicken Shanghai dumplings and roasted duck pumpkin puff with pine nuts, although what actually came to the table were crispy duck rolls.

For the mains, I wanted to focus on the supreme menu.

The Wagyu beef (and the prettiest accompanied bun) with salted cabbage was recommended to me but I also wanted to try the truffle pork belly. As I usually go to Yauatcha for the dim sum, I have little to compare it to but suffice to say that the mains with western flare worked. We had an egg-fried rice to soften the richness of the meats but I think another order of greens wouldn’t have gone amiss.

Washing down the hearty fill was a carafe of sake. I really wanted some recommendations for this but I’m not entirely convinced that, after a very long wait, the gentleman who came to pick our sake was as knowledgeable, or indeed passionate, as I had hoped. At least not compared to my previous experience at Sake no Hana, another restaurant in the Hakkasan group.

Yauatcha City has obviously been incredibly popular with the locals though because they ran out of some six different desserts by the time we came to order, which was only about 9.30pm.

And so, we settled with a citrus tart and a chocolate luxe gateaux. Both were elegantly presented and delicious but probably not our first choice.

Reflecting back, I think most of what niggles about Yauatcha City can be put down to teething problems. The rest is perhaps the vibe – it’s very much a City restaurant and at times, got a bit raucous. And, well, I guess Yauatcha Soho is still my first love.

In Pursuit of Food was a guest of Yauatcha City. To find out what this means, please refer to our Editorial Policy.