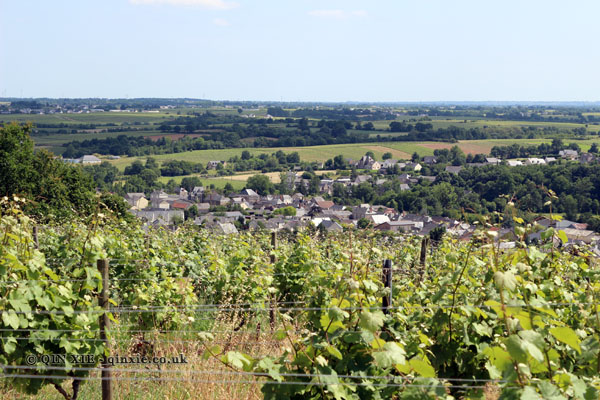 The family owned Domaine des Forges began when Pierre Robineau purchased two hectares of vines and named it “le Clos des Forges”. Robineau, at the time, was a grocer and draper and the vines were just a sort of side project. It wasn’t until the second generation that more vineyards were purchased and the Domaine grew.

The current owners, Stéphane and Séverine Branchereau, are the fifth generation and own 47 hectares spread across the Anjou. While also making a fair selection of dry wines, their main focus has been sweet wines – they have vines in Coteaux du Layon and Quarts-de-Chaume.

What is notable is the fact that they have sweet wines at various price points, making their product potentially very accessible to price sensitive consumers. However, it’s also a shame because, while their top end product is stunning, the journey to the top is a slow slug of nice but not quite nice enough.

Much of their other dry wine selection was focused on Savennières.

Standing out more was La Roche aux Moines Savennières 2012, which had a much richer palate, greater balance and, I felt, greater potential for interesting ageing. Equally rich was Le Clos du Papillon Savennières Demi-Sec 2011, a honeyed, savoury wine with notes of white and tropical fruit as well as a floral highlight.

The Cuvée des Forges Coteaux du Layon 2010, which was good for its price point, had a slight petroleum, Botrytised nose with dried apricots and good acidity.

The concentration really stepped up with the Coteaux du Layon Premier Cru Chaume 2011, which had nice minerality alongside Botrytis notes and fresh acidity.

Finishing things off was the stunning Sélection de Grains Nobles Coteaux du Layon Chaume 1997. It’s the most concentrated wine of the lot, with the highest residual sugar, but still showing a youthful character. With pronounced nose of lychee, caramel, truffle and candied fruit and a rich, syrupy texture, it’s, at last, where great terroir and great winemaking meet.