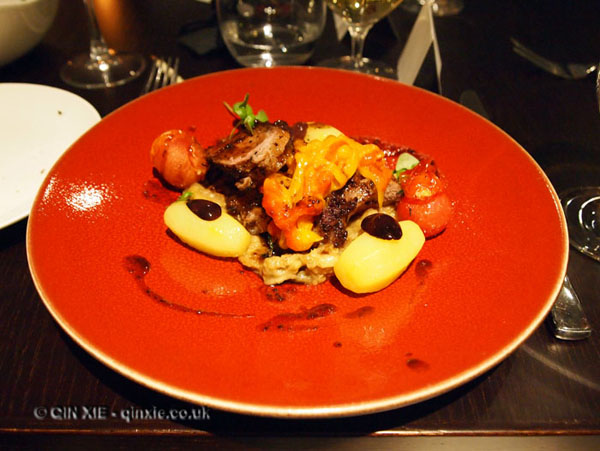 Menu from a dinner in the Games Room at The Ampersand Hotel with Languedoc AOC to sample wines from Corbières Boutenac AOC, La Clape AOC and Minervois La Livinière AOC (Read my post on Languedoc wines here):

When you go to a wine dinner, the wine often comes before the food. But though the canapes were a little boring, the food served at the Games Room at Ampersand Hotel was really impressive.

The scallops cooked in the shell was well-flavoured and made quite a showpiece when it arrived, matched with a few of the white wines we were being shown. The dessert, though unusual, was not unpleasant, especially with the addition of the pistachio.

What impressed me the most was the care taken and this really showed through in the main.

The potatoes served with the lamb were perfectly turned to give its distinct, tapered shape. Considering I’ve seen worse examples at three Michelin-starred restaurants, it’s worth highlighting.

Food at catered events can often be hit and miss, especially when it’s a large party, but the Ampersand Hotel coped remarkably well.